A little while back I made Trev a Colette Negroni shirt.

Here's a refresh – it was a success, although we thought it was a bit big on him, but we weren't sure if we could scale down to a medium. 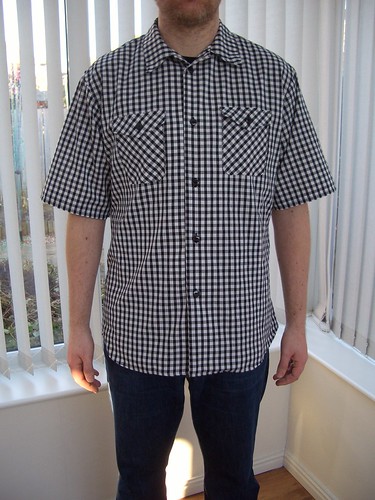 I duly set about measuring Trev and pattern pieces with a tape measure and I worked out that while making a medium would give less ease than planned for in the pattern, I thought it should still fit.

I duly got to work cutting pattern pieces. A shirt such as this has lots of flat felled seams… 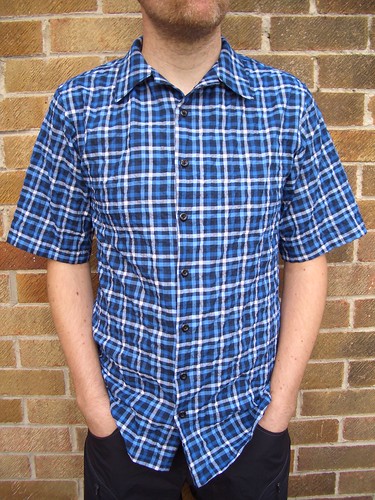 Pretty happy with it! Omitted the pockets this time, but still cut the back yoke on the bias for a more interesting look.

I couldn't get any of the stripes at the front to match up as this was the worst fabric in the world. After washing, it bunched up in some awful way and no amount of pressing or steaming would get it to lie flat again. You can see some of the wrinkling below, but at least the back yoke is sort of central in terms of the check print. 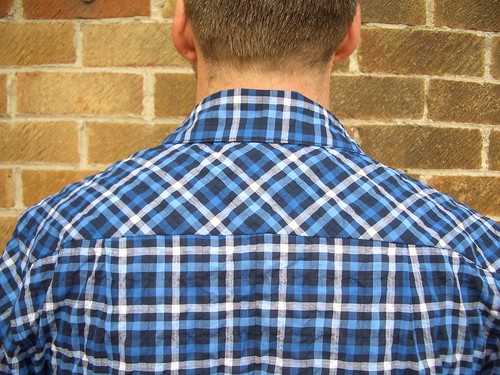 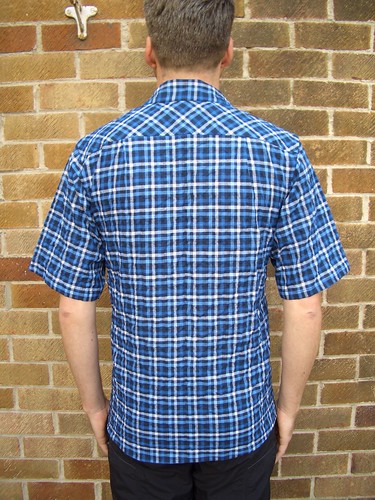 The shoulder line falls much more in the right place – see the terrible fabric! 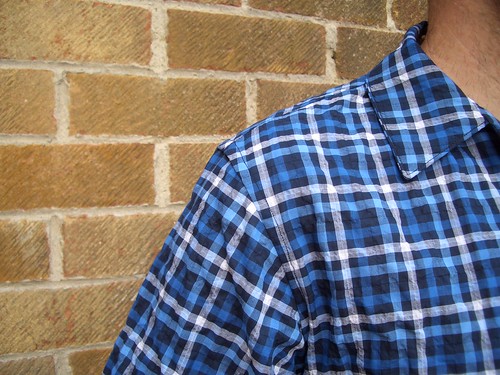 I did probably sew the collar upside down. You interface one of the two pieces, and on reflection I should have flipped it the other way around as some of the edge has rolled to this side. But not the biggest problem – I think you'd have to be up close to see this. 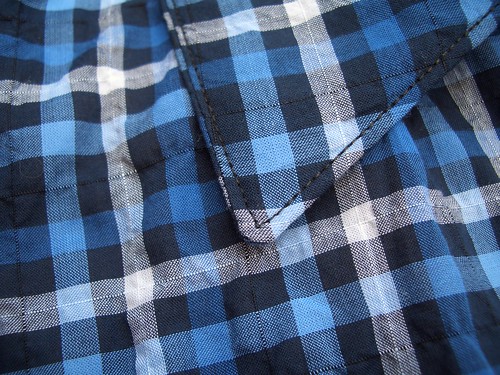 Trev's worn the shirt several times since and is very happy with it. I'm sure the faults I have with it will be invisible to most people. 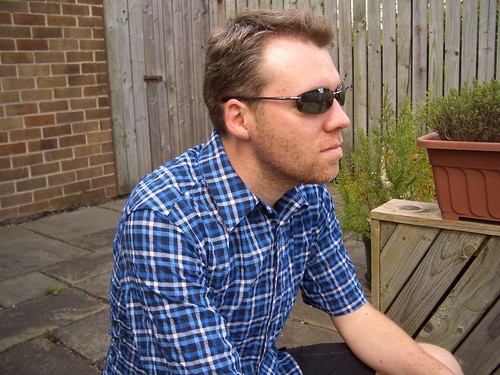 The next plan is to make him a more formal shirt with a collar stand and long sleeves/plackets. Unsure when I'll get around to it as I've got a few bits for myself I want to finish and it's likely we will be moving house in a few months as I'll soon be changing job! Too much to talk about in a single post 🙂